It’s Halloween and tonight costumed kiddos across the country will be going door-to-door collecting candy from their neighbours. More than half of those sweet treats will be chocolate. But do you know where that chocolate was made, and who made it? The truth is quite possibly the scariest part of this spooky celebration.

A large portion of cocoa farm workers on the Ivory Coast — which produces 70 per cent of the world’s chocolate supply — are children.

According to Slave Free Chocolate, more than two million children work to make the treats we crave, with more than 10,000 as victims of human trafficking.

In 2001, when lobbyists advocated for a mandatory “slave-free” chocolate label, chocolate companies maintained that they were not responsible for the slavery in Africa because they have no control over the cocoa farms.

This Halloween, Fair Trade Manitoba, the Canadian Fair Trade Network and Divine Chocolate came together to shed some light on the darker side of chocolate with a webinar about the cocoa industry and alternatives like Fairtrade.

Although the live webinar has ended, check out this recording for insights on the cocoa industry and a look at how ethical chocolate companies like Divine Chocolate are doing things differently than big brands like Nestlé, Mars, Hershey, Mondelez and Ferrero. 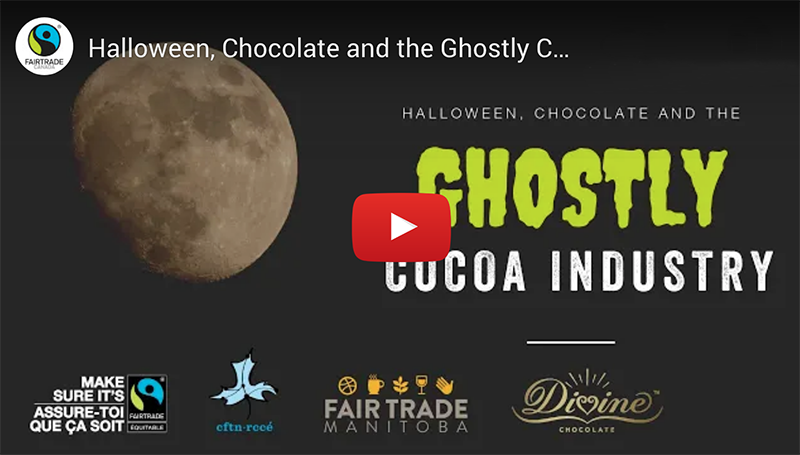